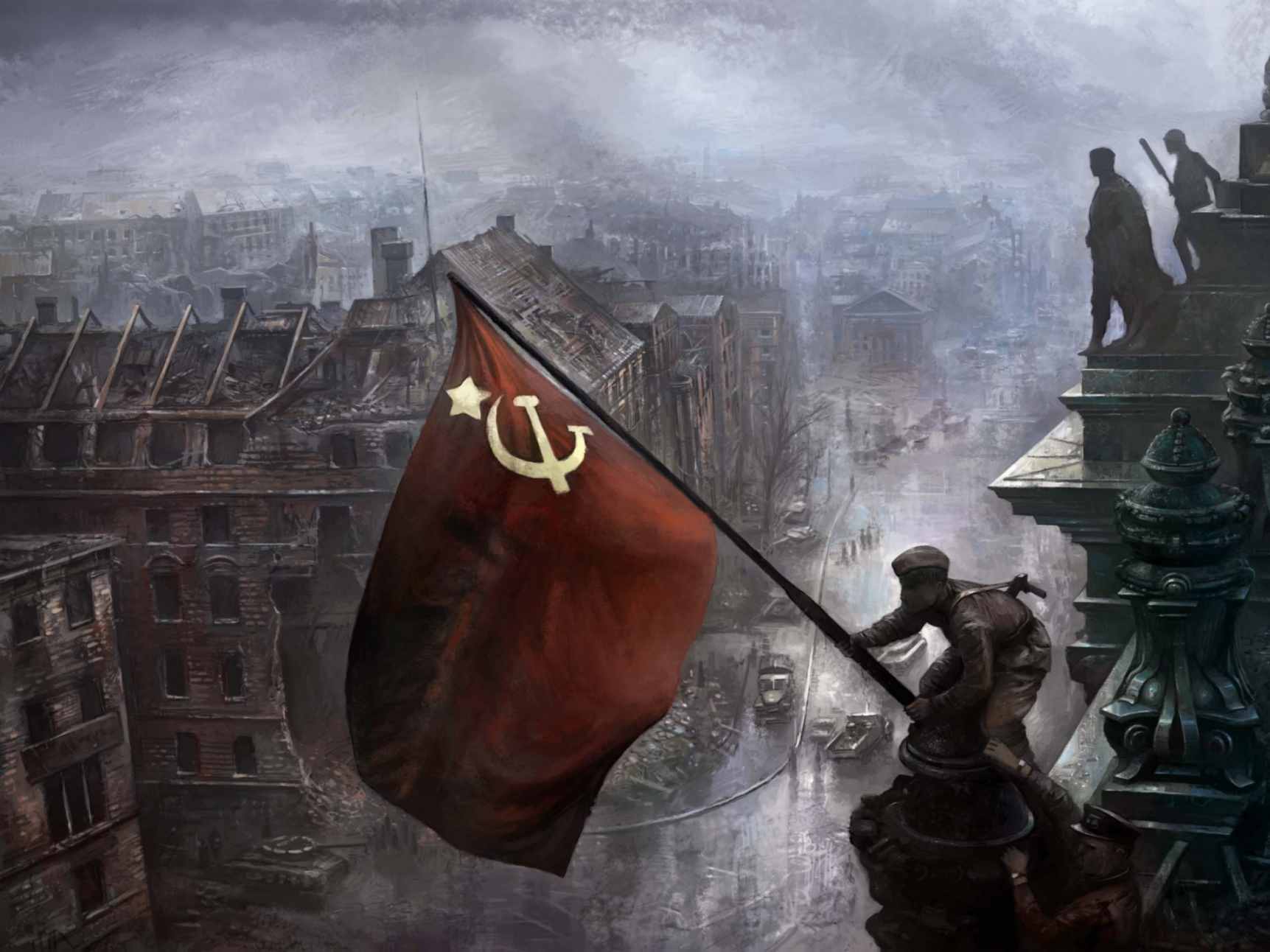 What's on your mind?

Why is this mostly memes man 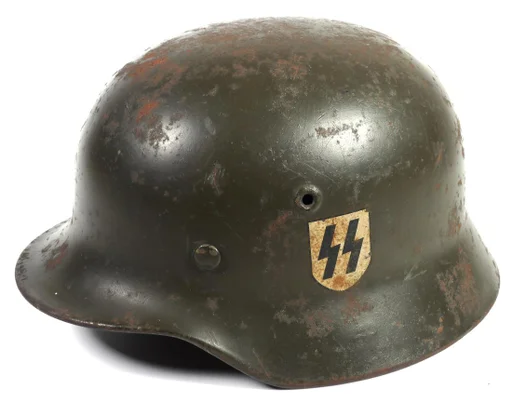 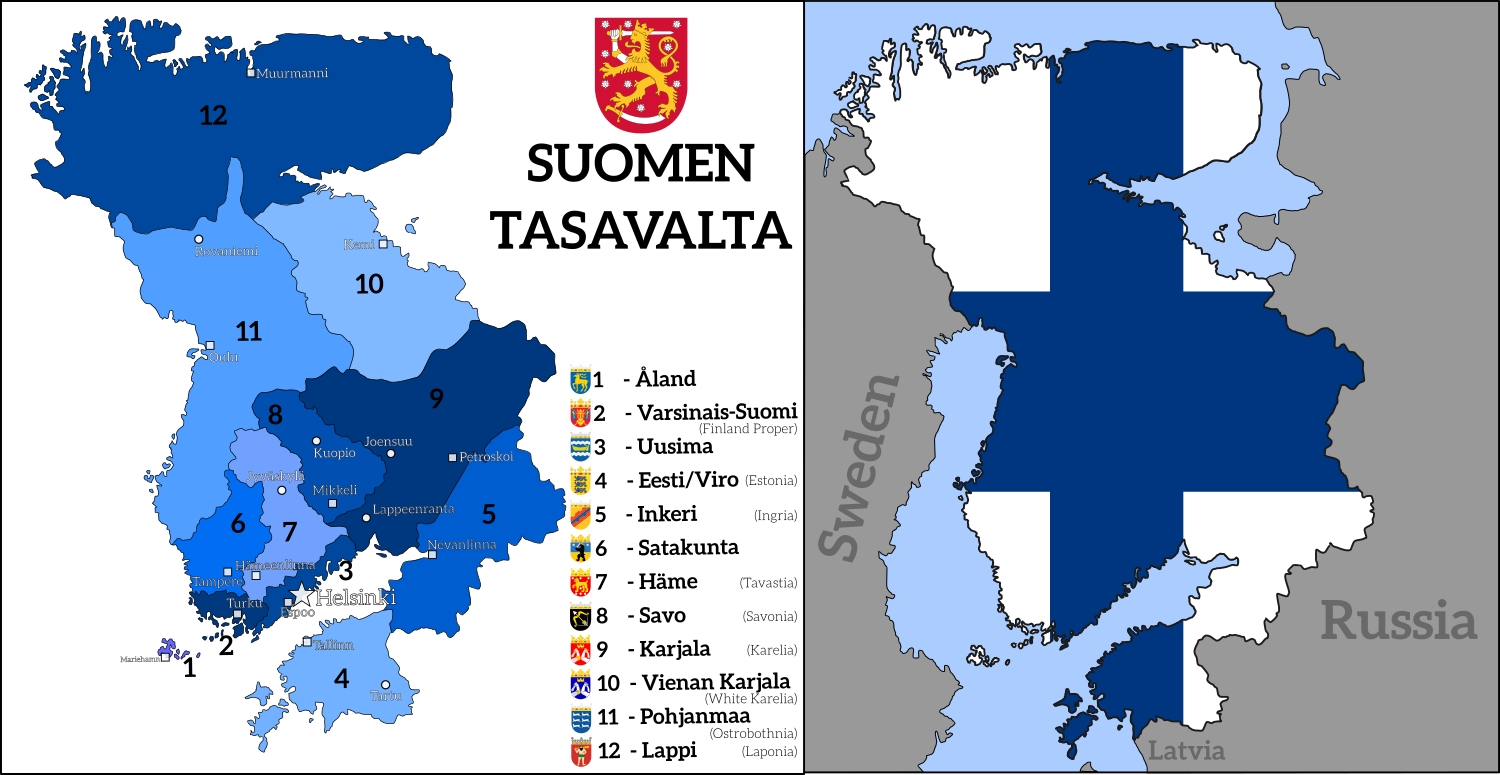 The Soviet Union,[e] officially the Union of Soviet Socialist Republics[f] (USSR),[g] was a federal socialist state in Northern Eurasia that existed from 1922 to 1991. Nominally a union of multiple national Soviet republics,[h] in practice its government and economy were highly centralized until its final years. It was a one-party state governed by the Communist Party, with Moscow as its capital in its largest republic, the Russian SFSR. Other major urban centers were Leningrad(Russian SFSR), Kyiv (Ukrainian SSR), Minsk (Byelorussian SSR), Tashkent (Uzbek SSR), Alma-Ata (Kazakh SSR) and Novosibirsk (Russian SFSR). It was the largest country in the world by surface area,[17] spanning over 10,000 kilometers (6,200 mi) east to west across 11 time zones and over 7,200 kilometers (4,500 mi) north to south. Its territory included much of Eastern Europe as well as part of Northern Europe and all of Northern and Central Asia. It had five climate zones such as tundra, taiga, steppes, desert, and mountains. Its diverse population was collectively known as Soviet people.

The Soviet Union had its roots in the October Revolution of 1917 when the Bolsheviks, headed by Vladimir Lenin, overthrew the Provisional Government that had earlier replaced the monarchy. They established the Russian Soviet Federative Socialist Republic,[i] beginning a civil war between the Bolshevik Red Army and many anti-Bolshevik forces across the former Empire, among whom the largest faction was the White Guard. The disastrous effect of the war and the Bolshevik policies led to 5 million deaths during the 1921–1922 famine in the region of Povolzhye. The Red Army expanded and helped local Communists take power, establishing soviets, repressing their political opponents and rebellious peasants through the policies of Red Terror and War Communism. By 1922, the Communists had emerged victorious, forming the Soviet Union with the unification of the Russian, Transcaucasian, Ukrainian and Byelorussian republics. The New Economic Policy (NEP), which was introduced by Lenin, led to a partial return of a free market and private property; this resulted in a period of economic recovery.

Following Lenin's death in 1924, a troika and a brief power struggle, Joseph Stalin came to power in the mid-1920s. Stalin suppressed all political opposition to his rule inside the Communist Party, committed the state ideology to Marxism–Leninism and ended the NEP, initiating a centrally planned economy. As a result, the country underwent a period of rapid industrialization and forced collectivization, which led to a significant economic growth, but also led to a man-made famine in 1932–1933 and expanded the Gulag labour camp system founded back in 1918. Stalin also fomented political paranoia and conducted the Great Purge to remove opponents of his from the Party through the mass arbitrary arrest of many people (military leaders, Communist Party members and ordinary citizens alike) who were then sent to correctional labor camps or sentenced to death.

On 23 August 1939, after unsuccessful efforts to form an anti-fascist alliance with Western powers, the Soviets signed the non-aggression agreement with Nazi Germany. After the start of World War II, the formally neutral Soviets invaded and annexed territories of several Eastern European states, including eastern Poland and the Baltic states. In June 1941 the Germans invaded, opening the largest and bloodiest theater of war in history. Soviet war casualties accounted for the highest proportion of the conflict in the cost of acquiring the upper hand over Axis forces at intense battles such as Stalingrad. Soviet forces eventually captured Berlin and won World War II in Europe on 9 May 1945. The territory overtaken by the Red Army became satellite states of the Eastern Bloc. The Cold War emerged in 1947 as a result of a post-war Soviet dominance in Eastern Europe, where the Eastern Bloc confronted the Western Bloc that united in the North Atlantic Treaty Organization in 1949.

Following Stalin's death in 1953, a period known as de-Stalinization and the Khrushchev Thaw occurred under the leadership of Nikita Khrushchev. The country developed rapidly, as millions of peasants were moved into industrialized cities. The USSR took an early lead in the Space Race with the first ever satellite and the first human spaceflight. In the 1970s, there was a brief détente of relations with the United States, but tensions resumed when the Soviet Union deployed troops in Afghanistan in 1979. The war drained economic resources and was matched by an escalation of American military aid to Mujahideen fighters.

In the mid-1980s, the last Soviet leader, Mikhail Gorbachev, sought to further reform and liberalize the economy through his policies of glasnost and perestroika. The goal was to preserve the Communist Party while reversing economic stagnation. The Cold War ended during his tenure, and in 1989 Soviet satellite countries in Eastern Europe overthrew their respective communist regimes. This led to the rise of strong nationalist and separatist movements inside the USSR as well. Central authorities initiated a referendum—boycotted by the Baltic republics, Armenia, Georgia, and Moldova—which resulted in the majority of participating citizens voting in favor of preserving the Union as a renewed federation. In August 1991, a coup d'état was attempted by Communist Party hardliners. It failed, with Russian President Boris Yeltsin playing a high-profile role in facing down the coup, resulting in the banning of the Communist Party. On 25 December 1991, Gorbachev resigned and the remaining twelve constituent republics emerged from the dissolution of the Soviet Union as independent post-Soviet states. The Russian Federation (formerly the Russian SFSR) assumed the Soviet Union's rights and obligations and is recognized as its continued legal personality.

The USSR produced many significant social and technological achievements and innovations of the 20th century, including the world's first ministry of health, first human-made satellite, the first humans in space and the first probe to land on another planet, Venus. The country had the world's second-largest economy and the largest standing military in the world.[18][19][20] The USSR was recognized as one of the five nuclear weapons states. It was a founding permanent member of the United Nations Security Council as well as a member of the Organization for Security and Co-operation in Europe, the World Federation of Trade Unions and the leading member of the Council for Mutual Economic Assistance and the Warsaw Pact. Before the dissolution, the country had maintained its status as one of the world's two superpowers for four decades after World War II through its hegemony in Eastern Europe, military strength, economic strength, aid to developing countries, and scientific research, especially in space technology and weaponry.[21] 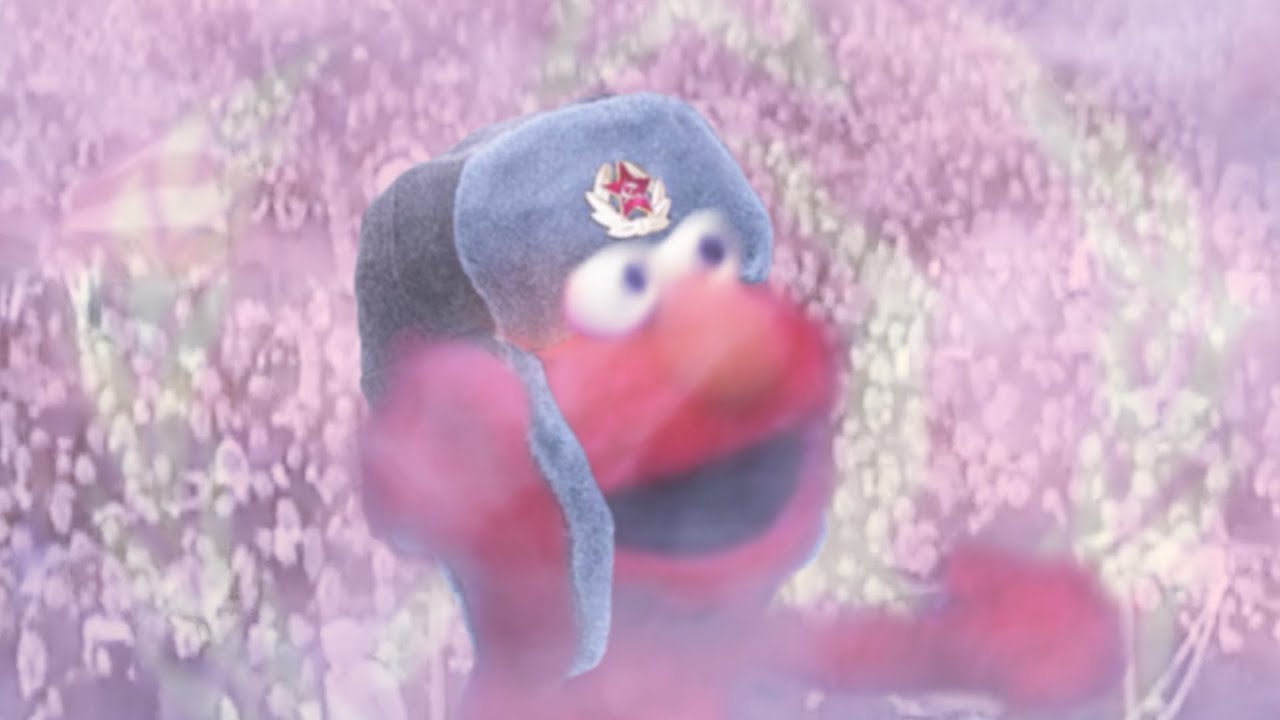 STOP ADDING BATTLES THAT THE USSR DID NOT TAKE PART IN, LIKE AACHEN. I ALSO FOUND OUT THAT PEOPLE HERE ARE FUCKING IDIOTS.

Instead of a Wiki dedicated to facts about the USSR, it's just a bunch of memes.

We were transported to Siberia !!!

Man, I wonder why Lenin hasn't been passing out the bread lately... He needs to stop Stallin'.

This is the place to talk about your favorite topic, to share news, theories, ideas, and to connect with others. The content from your Forum has been converted to Discussions posts, so nothing has been lost.

To learn more about what you can do here, check out community.wikia.com/wiki/Help:Discussions

If you're an admin on this community, read more about how you can customize your Discussions and set up guidelines for contributors: community.wikia.com/wiki/Help:Admin_and_Moderator_Tools_in_Discussions

I had a great idea. I'm not one for adding pages without guidance, because I'm against adding things that are pointless/non-usable etc. Noob Tub3r, give me some of the pages you were gonna add, so that I can take those. I really just don't know what needs to be added. I know you gave me those other guidelines (Battles, space programs, etc) But I am still unsure of what specifically. So, some pages you were gonna do your self? Link them to me.

Since this wiki is growing more, we need a bot to automatically do things that we don't have the time or the man power to do.325 pages is a lot to edit.So I propose a bot to help.The bot will be controlled by me but, you can make request at my talk page.The bots username is Pvt.Ed. Support or oppose by typing support or oppose. Thanks,  :P Hi ...LОЯd ЭdШaЯd™...

Hey all active users on this Wikia.  Feel free to suggest any pages you wish to have created here, in this forum post.  I will most likely check it twice or three times a week, and can assign articles to Soldiers as they come in.  Good Luck Comrades!  For the Motherland! 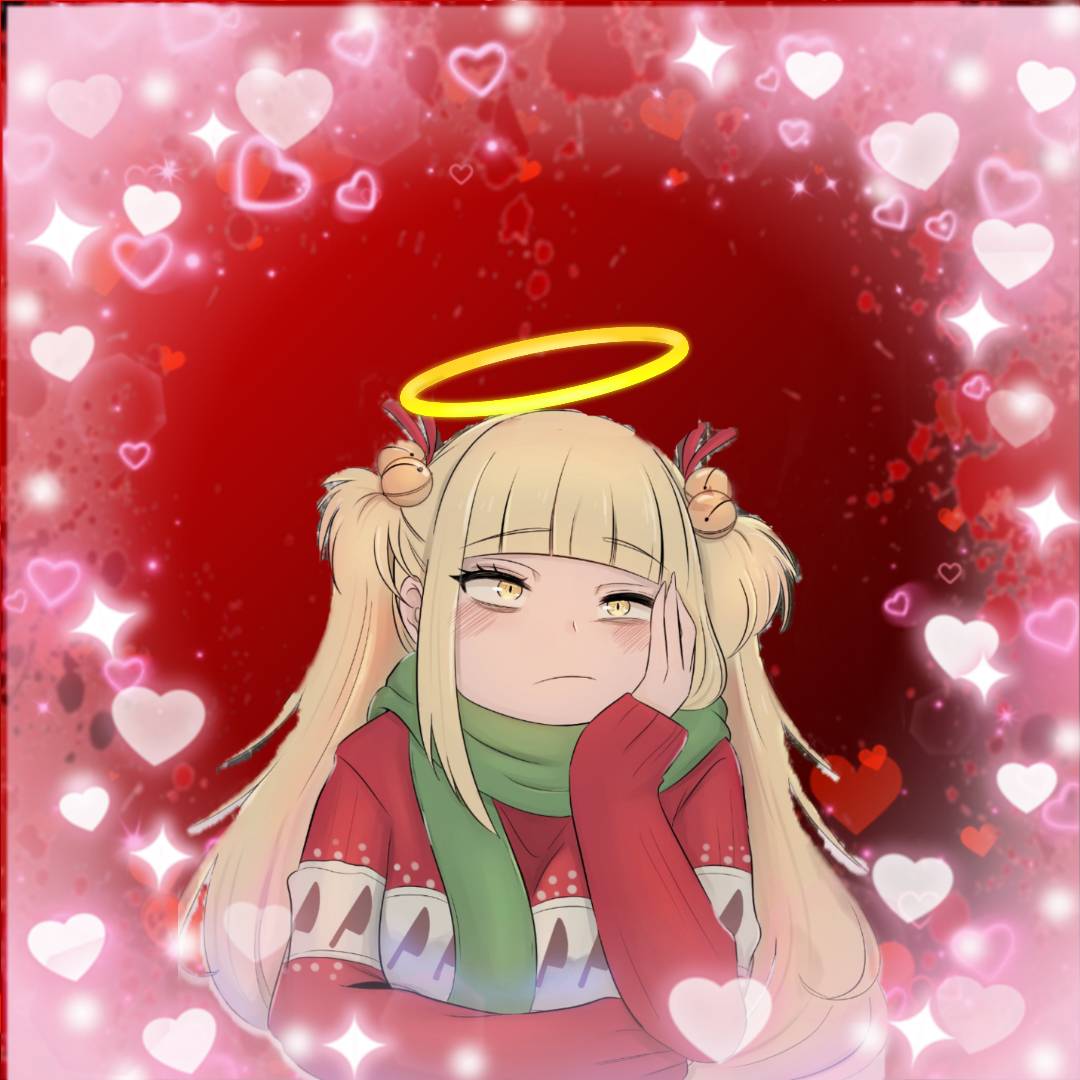 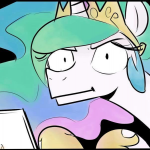 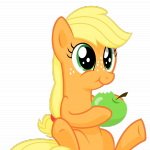 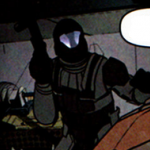